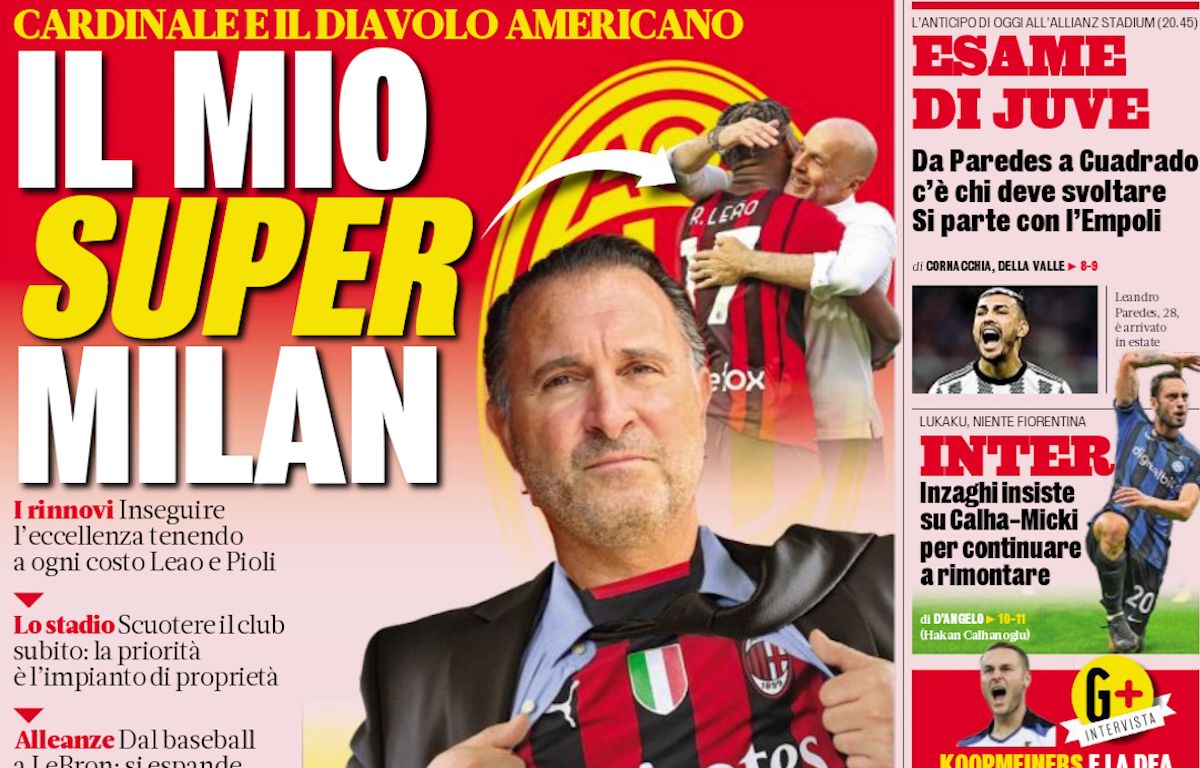 GoS: from stadium to networking

New AC Milan owner Gerry Cardinale is targeting four key areas for the club to continue growing over the next few years, according to a report.

This morning’s edition of La Gazzetta dello Sport (via MilanNews) writes how two months have passed since the deal was struck which saw Milan’s ownership transferred from Elliott Management to another US fund RedBird Capital, headed by Cardinal.

The newspaper claims that Cardinale certainly does not want to stand idly by and really wants to ensure that Milan develops from all points of view, i.e. in a sporting, economic and brand attractiveness sense. .

Stadium: The number one goal is to build the stadium that would allow the revenue to skyrocket. There will then be a massive exploitation of data which does not only mean having information for the market but also for the physical and tactical aspect.

Communication : Making Milan a “media company” is perhaps the main aspect that Cardinale will adopt during his first months in Milan. The idea, of course, is to keep winning and then pass that success on to millions of fans around the world.

Network: Another very important aspect that Cardinale wants to import from the American model of doing business in sports is to create a network of relationships with other brands and sports personalities, as evidenced by the partnership with the New York Yankees. The Main Street Advisors fund has also invested in the new Milan, which also counts Lebron James among its main investors.

Business Development : Cardinale wants the Milanese brand’s appeal to grow globally, from fashion – as evidenced by the deal with Off White – to film, as seen in the recent campaign for The Rock’s new film. RedBird will try to create a strong network of sponsors which can help the club not only in terms of income, but also in spreading its name.