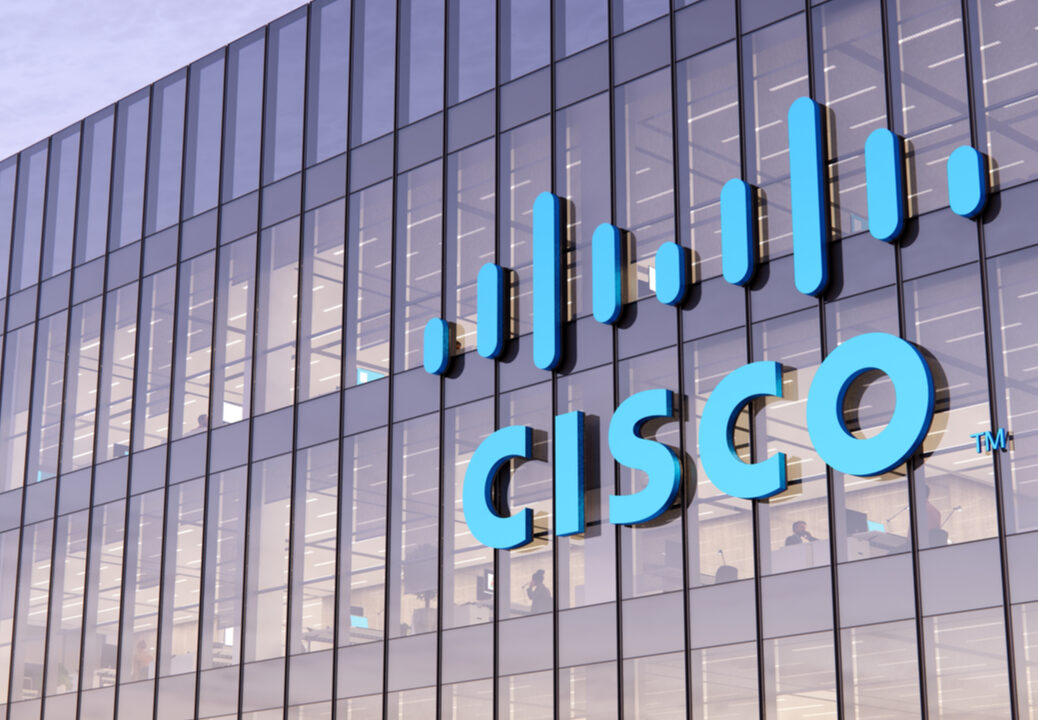 Twitter: Verdict lists five of the most popular telecommunications tweets in February 2022 based on data from GlobalData’s technology influencer platform.

Top tweets are based on the total number of engagements (likes and retweets) received on tweets from over 150 telecom experts tracked by GlobalData’s Technology Influencer platform as of February 2022.

The most popular tweets on telecommunications in February 2022: Top 5

Chuck Robbins, President and CEO of Cisco, a networking hardware and software company, shared an article about new networking innovations launched by the company that are helping to fuel hybrid working. He tweeted that Cisco had launched new technologies to scale networks and digitize processes, including Wi-Fi 6E hotspots and private 5G for the enterprise. The company also launched the Catalyst 9000X series switches which provide the high speeds, security and performance required for hybrid working.

Hans Vestberg, President and CEO of Verizon, a wireless telecommunications company, shared an article about the company being awarded America’s most reliable 5G network. Vetsberg tweeted that reliability is key to a superior network and to exploring the full range of 5G opportunities. The article detailed the importance of seamless connectivity in an age of increasing data usage and the role of 5G in delivering the optimal speed and performance to improve the customer experience.

The International Mobile Telecommunications Union (IMT-2020) has set 5G delivery expectation standards with success rates of 99.9999%, but RootMetrics®, which provides information on mobile network performance, placed 5G data reliability at success rates of 99.5% or higher in its report for staying connected to the network. The report found that Verizon outperformed 5G reliability compared to that provided by other telecom carriers such as AT&T and T-Mobile in the second half of 2021, with its consistent performance in 93 of 125 markets. The telecom provider reported reliability success rates above 99.5%. It also provided the highest 5G data reliability success rates for getting and staying connected in 93 markets, compared to 67 markets for AT&T and 19 markets for T-Mobile, the article points out.

Harold Sinnott, a tech influencer, shared an article about how an interconnected network of garbage trucks can enable detection of roads and roadside infrastructure in need of repair and maintenance. A 5G partnership between Brimbank City Council and Swinburne University of Technology in Australia is using GPS sensors and high-resolution cameras fitted to garbage trucks to detect road infrastructure in need of repair.

The project is being carried out in the Melbourne metropolitan area, with federal government funding of $1.18 million and seeks to establish how 5G and IoT can help build smart cities in Australia. The technologies will work by collecting a set of data from connected devices that will be sent to a cloud-based system in real time, which will identify roads and assets that need maintenance, including damaged roads, bus shelters and traffic signs.

Chelsea L Andrews, co-founder of TechMode, a marketing services company, shared an article about 80% of the world’s 20 largest communications service providers (CSPs) choosing telecom company Ericsson’s 5G standalone core. The article details how 5G takes cutting-edge applications to the next level and meets the needs of an evolving landscape.

The article further details that the advanced edge and cloud open up many opportunities for innovation and business performance for communications service providers across all industries, such as retail, banking, manufacturing, travel and health. Experts expect 5G systems to play a crucial role in securing assets and promoting greater market competitiveness in the future.

Ronald van Loon, principal analyst and CEO of Intelligent World, a network of expert influencers and tech executives, shared a video about Samsung’s next-generation RAM chips that are faster than ever. The video showed how earlier this year the company started manufacturing 12GB of RAM for high-end devices, including its own Galaxy S10 Plus. With the rise of 5G and machine learning (ML), Samsung is now making its RAM faster and more energy efficient.

The video further details that Samsung is showcasing its 12GB LPDDR5 RAM built on Samsung’s second-generation RAM chips. The chips will provide more speed allowing a phone to transfer 44GB of data in just one second. The company also states that its new component consumes approximately 30% less energy than its predecessor.