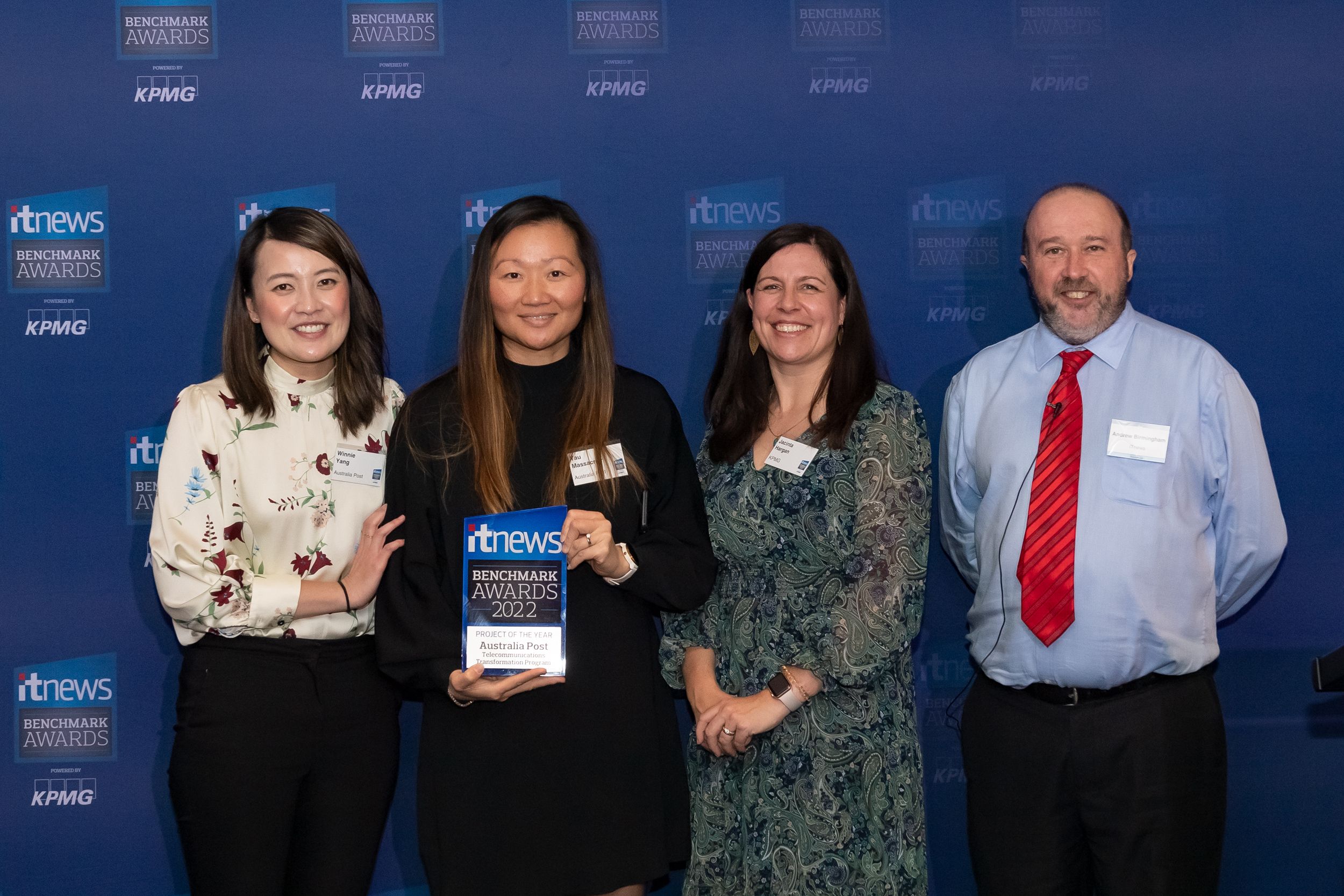 The award was announced in front of IT executives across the country at the Benchmark Awards gala dinner at KPMG’s Sydney office in Barangaroo on Wednesday evening.

Australia Post was named the overall winner after winning the Federal Government award earlier in the evening.

Once billed as the largest of its kind in the nation, the project wrapped up in November after more than two years of work to address critical network performance challenges and high operating costs.

The new connectivity ‘backbone’ has enabled Australia Post to begin a transformation of the point of sale, with future plans to use ruggedized smartphones to replace a motley assortment of devices.

The project also involved the deployment of new communication and collaboration tools for 14,000 employees and a new terminal management platform, as well as the standardization of call routing between contact centers.

Australia Post has won praise from judges for reducing network outages at post offices by 70%, while cutting costs by up to 40%.

SD-WAN has also allowed Australia Post to set up short-term mobile sites, meaning it can better respond to natural disasters like the recent floods in New South Wales and Queensland.

You can read more about Australia Post’s work alongside the other winning and finalist projects here.

The winners were announced at the iTnews Benchmark Awards Gala Dinner held at KPMG’s Sydney office in Barangaroo.