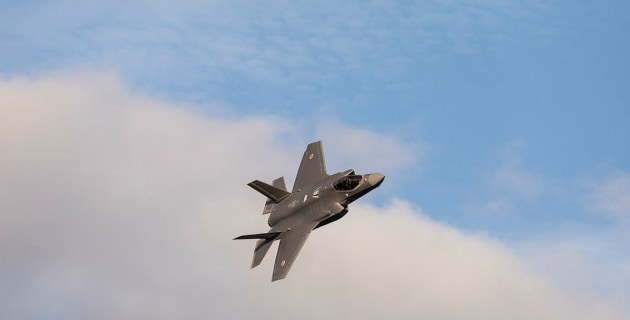 Lockheed Martin has revealed that a RAAF F-35A Lightning II joint fighter jet participated in recent trials across the Pacific to develop joint combat capability concepts in all areas.

The event is one of a series of trials being conducted by Lockheed Martin in partnership with the US Indo-Pacific Command and aims to improve interoperability between US services and their allies.

The recent test, during Exercise Talisman Saber 21, involved a RAAF F-35A that was engaged in a pre-delivery acceptance flight to the United States, as well as an Aegis Virtual Weapons System (VAWS ) on the ground in Fort Worth, Texas. During its acceptance flight, the F-35 was used as an airborne sensor platform and used its on-board Multifunctional Advanced Data Link (MADL) capability to deliver weapons-grade target data to VAWS. The targeting data was then transmitted via the US government communications network to a combat management center in Hawaii and then to the RAAF base in Williamtown.

From Williamtown, data was transmitted to ground units in exercise area TS21 to engage the simulated target.

Lockheed Martin says it has been working with US Indo-Pacific Command since 2019 on experimental work to improve the “elimination networks” of multiple sensors that collect, prioritize and share data to provide a fused picture to commanders .

The demonstrations, conducted in partnership with the U.S. government, showcased the F-35 as a successful sensor and shooter in the role and more recently in its first live collaboration with the Australian Defense Force, building the strength of the ‘alliance,’ Lockheed Martin F -35 Combat Air Australia Lead Chris Widerstrom said.

â€œIndo-PACOM needed, as part of Talisman Saber 21, to collect information on the weapons quality sensors live from the F-35 and feed that data via MADL to larger operations in all areas. From ground-based missile defense systems to Airborne Early Warning and Control (AEW & C) aircraft like the E-7A Wedgetail, representing the ability to distribute and share this information to all participants.

The trial represented the first-ever live sharing of MADL data with a non-U.S. Participant and the information received from the F-35 was the only data used to deliver the targeting solution to ground forces across the Pacific, in real time.

“The VAWS allocated the weapons and then they were transmitted to a field artillery system via command and control networks, which then made it possible to counter this particular threat with surface-to-air missile systems,” explained Lockheed Martin Australia Business Development Directory, Rotary Wing Systems. Neale Prescott.

“We also had the ability to shoot directly at sea targets, the aim was to show that targeting information from an F-35 can be fed into a fire control system equipped with the necessary weapons to counter complex threats. Weapon allocation is based on who has the greatest chance of conducting the interception – whether that is a ship, an aircraft, or a land strike medium – and you get that data by real time.

The Australian F-35A program and the aspirations of the Defense AIR 6500 joint air combat management system will be covered in detail in the November issue of SMA.